Eating disorders consist of persistent distorted beliefs and perceptions about weight, food, and body size or shape that result in excessive changes to eating and/or exercise behaviours. These disorders interfere with a person’s functioning in important areas of life such as physical and psychological health, quality of life, relationships, and work or study, etc.

Approximately 9% of Australians will experience an eating disorder during their lifetime, and women are more likely than men to experience an eating disorder. There are a number of conditions that fall under the category of Eating Disorders, some of which tend to present for treatment in therapy more commonly, including Anorexia Nervosa, Bulimia Nervosa, and Binge-Eating Disorder.

The most common eating disorders are Anorexia Nervosa, Bulimia Nervosa and Binge-Eating Disorder, which will typically present in the following ways:

Other eating disorders and specifications (Other specified Feeding or Eating Disorder (OSFED)) include Atypical Anorexia Nervosa (includes individuals within or above normal weight range), Purging Disorder (recurring purging behaviours in the absence of binge eating), and Night Eating Syndrome. Approximately 30% of people presenting for treatment of an eating disorder will fall into this category of eating disorders. Other problems and conditions often associated with eating disorders include Body Dysmorphic Disorder and Body Obsession. Further information about these conditions can be found at www.butterfly.org.au

Eating disorders can result in serious medical and psychological complications, and have a high mortality rate, thus it is important to access treatment for these conditions. Research shows that the most effective treatments for eating disorders include multidisciplinary input from a team of health professionals (e.g. treating GP/doctor, psychologist, dietitian) and are based in a cognitive behaviour approach – Cognitive Behaviour Therapy (CBT) and Cognitive Behaviour Therapy – Enhanced (CBT-E).

The psychological treatment of eating disorders (ED) generally consists of:

Conditions such as anxiety, depression, obsessive compulsive disorder (OCD), personality disorders, Post Traumatic Stress Disorder (PTSD), and substance use disorders, etc can often co-occur with eating disorders. If you or someone you know is concerned about the possibility of these conditions, your GP or mental health professional can discuss this with you, and information can be found at websites such as:

In the Newcastle area, the Centre for Psychotherapy (Newcastle) has an Eating Disorders Day Program and individual treatment for eating disorders. Phone (02) 4924 6820 for more information.

As of November 2019, the Australian Government increased the number of Medicare rebates for eligible individuals with an eating disorder to a maximum of 40 assessment and treatment sessions per year with a suitably qualified mental health professional, and up to 20 dietetic sessions per year with an accredited practising dietitian.

Our clinicians at The Hummingbird Centre are skilled and experienced in assessing and treating eating disorders and associated conditions. 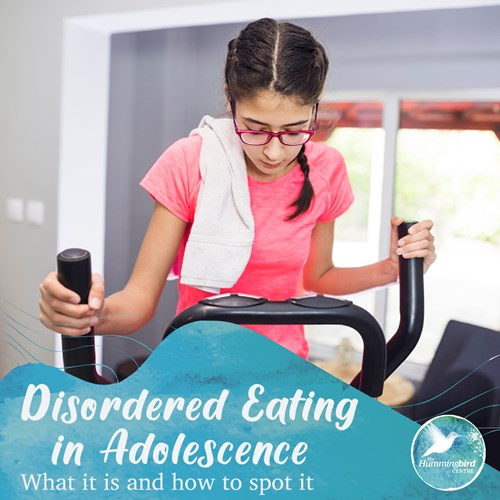